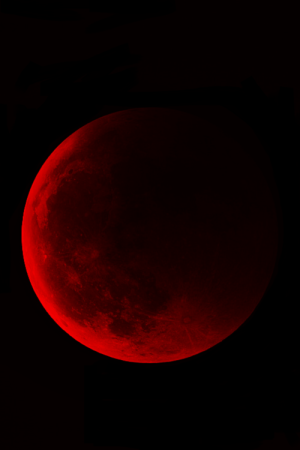 The phone rang interrupting a perfectly good nap. It wasn’t my usual phone. It was an obnoxious fire alarm emanating from beneath a thick black receiver perched on a T-shaped cradle. I picked it up.

“Private Investigative Services, Scanlon,” I said, grimacing at the acronym it spelled out in my head.

“Detective Scanlon? Can you help me? I need someone to investigate a misfortunate circumstance in my bed.”

Another crazy dame. Even in my dreams it’s some crazy dame, and this had to be a dream. She had a voice so squeaky it would have made nails on a chalkboard cringe. Still, an invitation to a woman’s bed deserved investigating.

“Scanlon’s the name. Misfortune’s my game.”

Wasn’t that the truth? I looked around my new office while she gave me the details. I’m always in a new office. It seems to be a thing with me. There’s something cliché about a private dick in a new office and I couldn’t escape a bad cliché if it was a pair of kid’s handcuffs and I was Houdini. Maybe this dame had some cash and I could pay my rent for a change.

My whole office was as strange as the phone. Everything in it was black and white, or at least fifty shades of grey, like I’d woken up in the middle of a 1930’s whodunnit. I picked up a black pen and scribbled down her name and address on a scrap of white paper.

There wasn’t even any color in my voice. I hung up the black phone and headed out through an ashen door into a blanched and pallid world outside.

The address led my Tin Lizzy to a long driveway out in the country. Who ever called them Lizzies? I probably would have gone with Myrtles myself. Anyway, that bucket of bolts was proof the black-and-white Kasey was just as broke as the modern version. It sputtered along the dirt drive under a canopy of grey trees to reach a white house constructed in Greek revival architecture with pillared columns in front.

As I stood out of the car, I noticed my first two glimpses of color, specifically one color: red. The moon was a puddle of blood oozing from the chest of a starry sky. It cast a dull reddish hue on everything in the yard, a perfect scene for a murder. And in the shadows illuminated by the crimson moon, a clown-shaped figure disappeared behind a bush that was shaped strangely like a black inkwell. I searched up and down the drive for any sign of green in the trees or brown in the dirt, any evidence that would allow me to blame the night for this exercise in colorless contrast. Finding none, I went to the door and gave the brass knocker a good rap.

My eyes nearly popped out of my head when she answered. This dame was an iconic flapper. I don’t mean she talked a lot. I mean a genuine 1920s flapper. Even in this achromatic yesterday she was a throwback, and by that I mean she was a keeper, in a form-tight dress redder than the moon. What a doll! My lips aired a silent wolf whistle.

Actually, she resembled a doll. She had a large head that lent an infantile quality of innocence to her appearance, an appearance which otherwise might have had me negotiating my own misfortunes in her bed. Long mascara-caked lashes batted in demure invitation as she spoke. A short matted hairdo revealed every karat of the diamonds adorning her ears and neck. Her dress featured a strapless decolletage squeezing up cleavage I could have used for a pencil holder – for several pencils. She tugged at the bottom of a skirt so short you could peek underneath it looking down. A single garter, ornamented with a ruby heart on white lace, hugged one of her perfect thighs.

“Please come in,” she squeaked.

I started after her, hypnotized instantly by the sway of her voluptuous curves, but she stopped and backed it up into me so sharply I almost parked there.

“Did you notice the moon, tonight?” she asked, blushing a little.

“It was hard to miss,” I coughed. “Lunar eclipse or something.”

The misfortune belonged to a balloon of a man lying face down and motionless. My imagination penciled black exes over his eyes and tweeting birds encircling his bald pate. There were signs of a struggle, but except for his prone condition, he seemed no worse for the wear.

I checked for a pulse as my trained eyes quickly scoured the room for clues. A few things caught my eye: a couple of empty glasses, a crumpled up note, a puffy cotton button, and a large wooden mallet with a toupee stuck to it. Nothing out of the ordinary for a dame’s bedroom. Nothing out of the ordinary that is, unless you’re wondering like I was what a king-sized Weeble was doing in her bed in the first place. A king-sized Weeble with no pulse.

“Oh no! What do you think has happened to him?”

It didn’t take a detective to figure that out. This dame was something else. The whole time she was standing there she was bobbing her hip like she was keeping time to a hidden soundtrack, about to bust out in a song.

“Before or after the knock on his noggin?” I asked.

Her eyes got wide as she spied the mallet and her hip missed a beat.

“Say, Doll. This really looks like a job for the coppers. What exactly am I investigating here?”

“I don’t know, ” she said, tugging at the bottom of her skirt. “Don’t detectives investigate clues?”

If that was a clue, the walrus in the middle of her bed wasn’t going to help my investigation.

“Listen Sweetheart, I think I can spell this all out for you. Your landlord here shows up to collect the rent and you can’t pay. So you invite the guy in thinking you can charm your way out of it. You have a couple of drinks, or maybe he has them both since neither glass has lipstick on it. He gets the wrong idea and things get a little rough.” I strolled over to the window as I talked. “At first, you try to fend off his advances, but he’s too big, so your clown friend…” I reached out the window and hauled him through it by his ear. “Your clown friend here comes to your rescue. The two of them scuffle, but the landlord wins. He’s here to collect his due one way or another, and so when funny boy comes too, he finds you disadvantaged and he whacks the landlord with his gag mallet. Bada bing, bada boom.”

I was going to have no problem putting the kibosh on this guy. I never did like clowns. But the dame had other ideas. And big eyes. With long lashes. And hips that wouldn’t quit to back them up.

“Oh please, Detective Scanlon,” she begged. “It wasn’t Koko’s fault. He was just protecting me. He had to do it. That mean old landlord wouldn’t keep his hands off my boop-oop-a-doop!”

Image "Webster's Kiss" © 2011 Anne Schilde Thanks always for reading! ♥
View all posts by Anne Schilde →
This entry was posted in Annie's World and tagged Fiction, Kasey Scanlon, Picture It & Write. Bookmark the permalink.