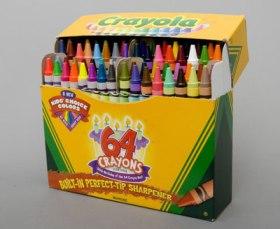 I was Sandy in this dream, but she didn’t look anything like me, so I didn’t name her Annie.

Sandy woke up with a splitting headache. It was more than a week now since she’d hiked, not since Rick left. The lingering withdrawal was a hammer forging the last argument against the anvil of her temple. The coffee pot was empty, offering no hot cup of consolation, the timer forgotten again.

She pushed the start button on the coffee-maker in pained frustration, stared around at the mess on the living room floor of the tiny little box they called a home, and scratched a nipple poking bra-less through one of Rick’s tattered, white T-shirts. How could two kids completely trash the place so early in the morning?

“That’s rude, Sandy,” seven-year-old Dani said, without appearing to look up from where she sat coloring on a badly-stained brown carpet. The little boxes were pulled out and every single crayon was out on the floor. Dani’s pretty blonde tresses were tied in a sloppy knot behind her head to keep them out of her work.

“It’s rude to call your mother by her first name,” Sandy retorted.

“Well, it’d be a little awkward if he…” Sandy stopped and rolled her eyes. “What now?”

Carly, already pouting in front of the TV without watching it, had burst into tears. At four years old, Carly was a practiced drama  queen from hell, a polar opposite of her sister. The pouting, the tantrums, some days it was just all too much, and this morning on top of the nagging headache.

“It’s my fault Daddy’s gone,” Carly cried. Rick was not the girls’ father, but he was the closest thing Carly had ever known.

“Why is it your fault, Carly Jean?” Sandy asked, not bothering to hide the intolerance.

“Honey, you’re adorable. Who said you were ugly?”

Sandy heaved a deep sigh. Dani’s face didn’t so much as flinch from where she sat. Before Rick had slammed the door behind him the last time, the couple had been fighting. It was obvious Carly was referring to things they’d yelled in their anger. “Shut up and quit you’re crying. You ain’t no better than that “homely-assed whinin’ runt of yours,” Rick had yelled.

Carly wasn’t a pretty little girl. Her face was kind of squarish, with chubby cheeks and one eye not really shaped like the other. Her hair was a mess of blonde bed-head. Lower lip and chin protruded out from an underbite, making her look like she was about to cry, which she frequently was. But it wasn’t a lie. She was adorable. Sandy left the friendly aroma of the coffee, finally steaming its way into the pot, and scooped her daughter up from the floor.

“He wouldn’t leave if I was ‘dorable,” Carly buried her face in Sandy’s neck, but she stopped crying. “He would stay if it was just you and Dani. He only fought you about me and about the hiking. You need to go hiking again so he’ll come back.”

Shame seared through Sandy’s veins. Hiking was the nickname Rick had used for their speed trips, usually methamphetamine, to hide them from the girls. Both girls were repeating things they should never have heard. She sat on the couch and looked down at Dani, looking up now from her coloring.

Dani’s face wore a look of obstinate resentment. Sandy knew it was over the attention Carly’s constant whining and crying earned. Dani was probably prepared with a denial at calling her sister the “ugly one.” Sandy held her free arm out, and Dani immediately jumped up from the floor and into her lap. Carly tucked her arms underneath her so Dani wasn’t touching her, and they all cuddled quietly together for a minute, the TV babbling meaningless noise in the background.

“You should tell us a story, Mommy,” Dani said sitting up in Sandy’s lap and waiting eagerly.

Sandy rejoiced at being Mommy again, but she wilted a little. Somehow, she’d managed to make up a few small stories that sounded good to Dani when she was three. It was impossible to think of something clever enough for a seven-year-old, but Dani clung to those moments as if they were the best times in her life. Carly pulled back waiting expectantly now too. A story it was going to have to be.

“It’s the longest river in the world,” said Dani.

“Very good! Yes, the Nile is the longest river in the world. It runs from deep, deep in the very heart of Africa, in the dark and scary jungles, all the way up to the Mediterranean Sea where there’s pirates. That’s a very long way.”

“Never Nev… no. Why?” Sandy was confused.

“Cuz Captain Hook was a pirate and the crocodile ate his hand.”

“Do they have rivers in South America?”

“Yes, lots of them. I thought you wanted me to tell a story,” Sandy reminded, regretting it instantly. She had no idea where she was going to go with the story. “Now also in the Nile, there was a hippopotamus. I think that’s why this had to be an African crocodile, because there aren’t…”

Carly spun around, instantly glued to its screen.

“…because there aren’t any hippopotamuses in South America.”

“You already saw this one, Carly,” said Dani.

“Nuh-huh… it’s the one where the fox steals the lion’s circus toys.”

Both girls were now hypnotized. Carly excitedly called out the things she was supposed to find, in spite of Dani telling her ahead of time where each one was going to be found. Story time was obviously over before it really started. Sandy stood up, and plopped both kids down in front of the TV. The coffee was almost finished. She walked to bedroom and grabbed a cigarette, stopping to stare at her reflection.

Her ruddy complexion looked closer to forty than twenty-four. Dark, straight, blonde hair draped around a thin face with a beak for a nose. Eyes, already sporting crow’s feet, looked away from the annoying blemish on her cheek to watch from dark circles as she tapped the cigarette against her dresser. She adjusted the T-shirt over her wiry, emaciated frame so her nipple wouldn’t accidentally pop through a hole again, and grabbed a cup of coffee on her way out to the back porch.

She leaned up against the rickety wooden hand rail, set her coffee down, and lit her cigarette. The fingers of her free hand picked absent-mindedly at the peeling paint as she inhaled her first drag of the morning deeply and then pushed it slowly back out through pursed lips. A pink box was sitting on top of the garbage can. She reached over the rail and flipped open the lid. The warm smell of cinnamon wafted up from four rolls with caramel-swirled icing. They were fresh.

“We’re better off without him. He’s just a free-loading tramp.”

They were just words when Sandy said them, but hearing Dani repeat them, she knew.

“Hey, girls,” she pulled the door open and called through. “There’s fresh cinnamon rolls. They got lots of gooey caramel on ’em.” She tossed the cigarette to the porch and crushed it out with her foot.

Inside the house, Dani’s eyes went wide. She clamped her hand over her little sister’s mouth, shaking her head frantically. “We hate cinnamon rolls!” she called back.

Sandy looked around one more time. Somewhere, he was watching her. The neighbor’s hedgerow might have an unusual shadow. She scooped up a finger full of caramel and sucked it slowly from her finger. Then she picked up the little pink box, threw it in the garbage can, and carried her coffee back inside.